My Home In Palermo

Sicily is located in the central Mediterranean. It extends from the tip of the Apennine peninsula, from which it is separated only by the narrow Strait of Messina, towards the North African coast. Its most prominent landmark is Mount Etna, which, at 3,350 m (10,990 ft), is the tallest active volcano in Europe and one of the most active in the world. The island has a typical Mediterranean climate.

The earliest archeological evidence of human dwelling on the island dates from as early as 8000 BC. At around 750 BC, Sicily was host to a number of Phoenician and Greek colonies, and for the next 600 years, it was the site of the Greek–Punic and Roman–Punic wars, which ended with the Roman destruction of Carthage. After the fall of the Roman Empire in the 5th century AD, Sicily frequently changed hands, and during the early Middle Ages, it was ruled in turn by the Vandals, Ostrogoths, Byzantines, Arabs and Normans. Later on, the Kingdom of Sicily lasted between 1130 and 1816, first subordinated to the crowns of Aragon, Spain, and the Holy Roman Empire, and then finally unified under the Bourbons with Naples, as the Kingdom of the Two Sicilies. Following the Expedition of the Thousand, a Giuseppe Garibaldi-led revolt during the Italian Unification process and a plebiscite, it became part of Italy in 1860. After the birth of the Italian Republic in 1946, Sicily was given special status as an autonomous region.

Sicily has a rich and unique culture, especially with regard to the arts, music, literature, cuisine and architecture. It also holds importance for archeological and ancient sites such as the Necropolis of Pantalica, the Valley of the Temples and Selinunte. 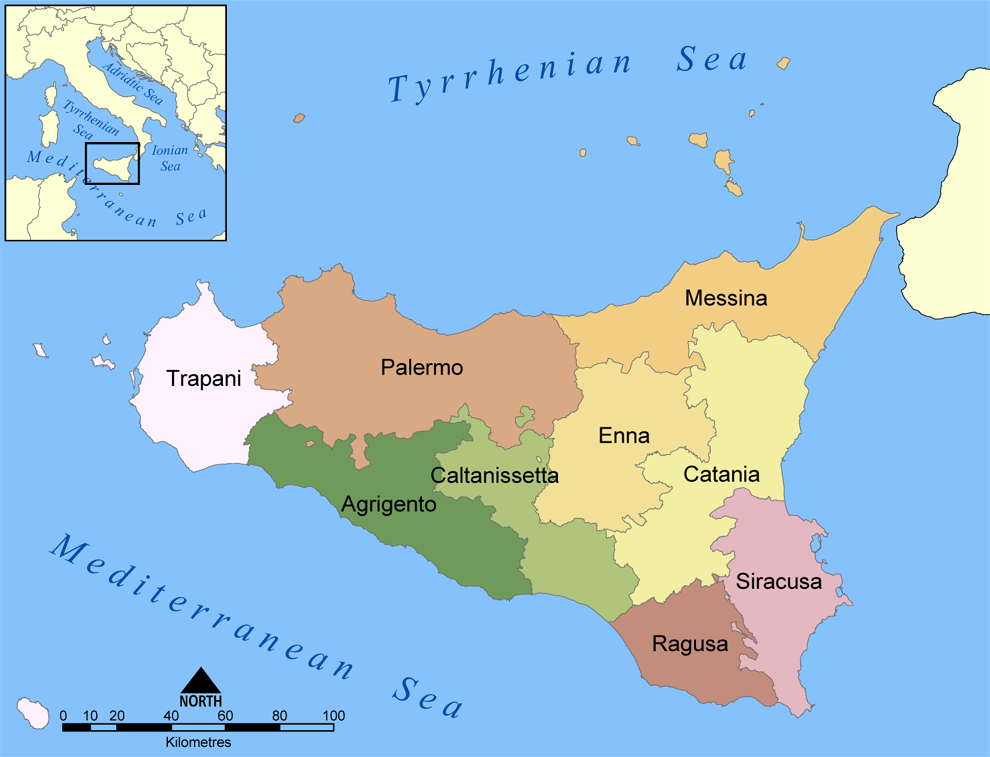 My Home in Palermo - 2015 All right reserved